The first edition of the event, in 2014, attracted fellow runners from within and outside India. The MeraTerahRun team (or ‘yatris’ as they like to call themselves) received tremendous response and encouragement from the local running groups in each city, who joined and hosted the ‘yatris’ in the city runs. Starting on 18th December 2014 and ending on the 30th December 2014, the event took the yatris to 13 difefrent cites in 13 different states.

Together they ran over 2021 kms and connected with 20,000+ people through print media, local radio stations and through an active social media campaign. They raised over Rs. 15 lakhs to support ‘Rejuvenate India Movement (RIM)’, a not-for-profit organization working towards enabling villagers in the rural interiors of this vast country to unlock benefits and funds allotted through government programs. 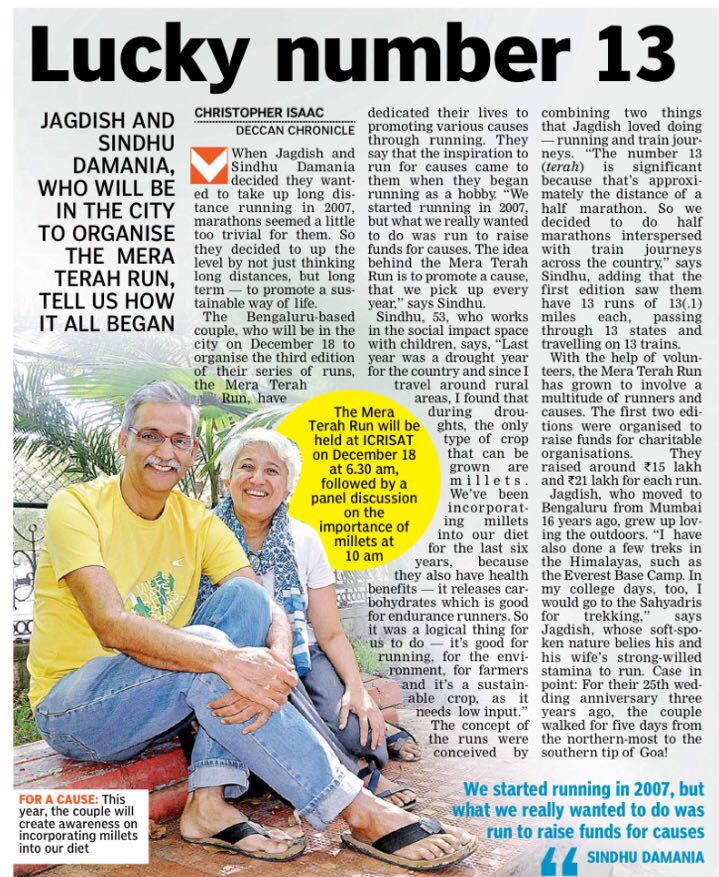